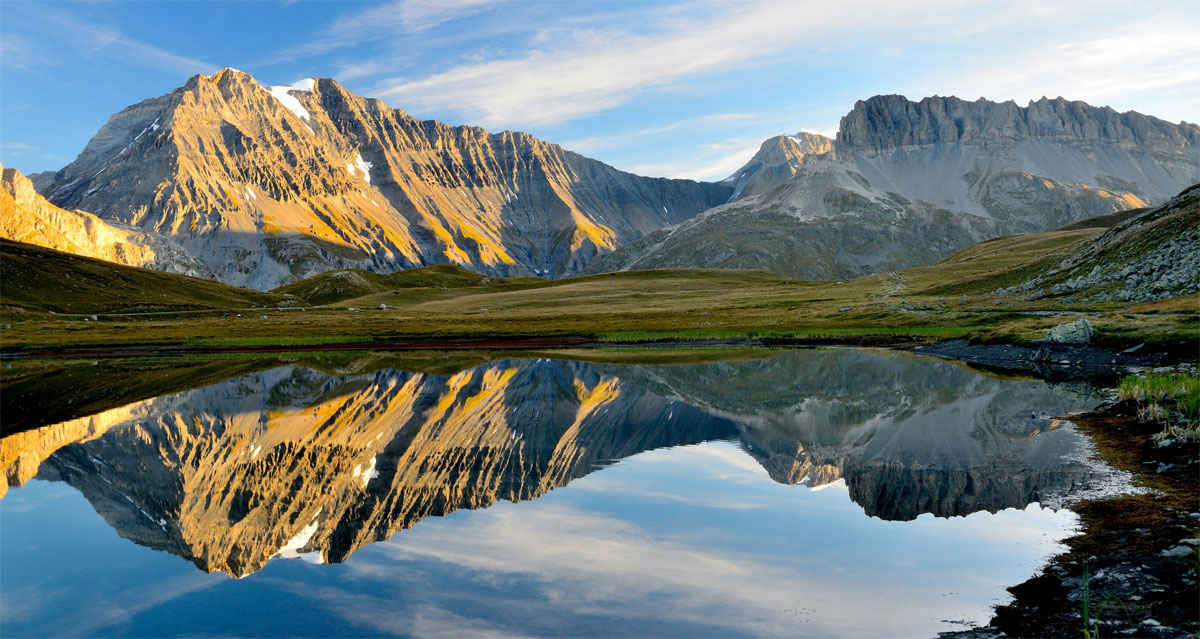 The Majella National Park is one of the three national parks that can be visited in Abruzzo. Located in an area that develops between the provinces of Chieti, that of Pescara and that of L’Aquila, it extends around the Majella massif, but welcomes many other prestigious peaks, such as Monte Porrara, the Pizi mountains, the mountains of Morrone and Mount Amaro, which with its 2,793 meters of altitude constitutes the highest peak.

In all, more than two thousand plant species have been surveyed, more or less a third of the flora of our country. From this year, on the other hand, the Majella National Park is part of the system of Unesco world geoparks .

In Palena , in the province of Chieti, the former convent of Sant’Antonio is home to the Museum of the Marsican bear, with the nocturnal reconstruction of a forest and various interactive dioramas. Also in the province of Chieti, but in Lama dei Peligni, here is the archaeological and naturalistic museum named after Maurizio Locati, with various kinds of finds including the cast of the man’s head Majella .

Finally, in Fara San Martino the visitor center allows you to admire the reconstruction of a pastoral cave.

To get to the Majella National Park by car it is possible to take the A25 and exit at Alanno Scafa, Torre de ‘Passeri, Bussi or Pratola Peligna Sulmona. If you are coming from Lanciano or Chieti it is better to refer to state road 84 or state road 263, while coming from L’Aquila it is advisable to take state road 17.

If you prefer to use the train, the railway line that connects Carpinone with Sulmona allows you to get off at Rivisondoli, Palena, Campo di Giove or Cansano. Alternatively you can get on one of the trains of the line that connects Rome and Pescara (passing through Sulmona) and get off at Alanno Manoppello, Scafa Caramanico, Piano d’Orta Bologna, Torre de ‘Passeri, Tocco Castiglione, Bussi, Popoli, Corfinio, Pratola Peligna or Sulmona. The park can be visited from the beginning of June to mid-autumn. Admission is free.

Over half of the territory of the entire park is located at an altitude of over 2,000 meters. The peaks of the Majella they do not seem prohibitive in appearance, yet in order to reach them one must prepare for quite challenging ascensions. Once you reach the top, however, you can admire a fantastic panorama, which allows you to observe the Conero and the Gargano.

From the north it can be accessed through the Colle del Blockhaus, while from the south west one proceeds from Guaco of Coccia , from Macchia di Secine or from Fonte dell’Orso. It will be easy to come across, especially in the early hours of the morning, some specimens of Apennine chamois, present above all on the rocky spurs of Cima delle Murelle or near the top of Monte Focalone.

The richness of the floral heritage of the Majella National Park is testified by the fact that it hosts almost a third of all plant species present in Italy. There pinguicola del Fiori it is a reality present only here, while the Majella cornflower and the limestone soldanella have been adopted as symbols of the botanical gardens that can be visited in the park. The alpine poppy and the dryad are two examples of glacial relics of the highest peaks of the Majella, but it is also worth mentioning the alpine asters, the Apennine gentians and the Apennine edelweiss.

The fauna of the park is certainly no less rich. It could start with the Apennine wolf , which has been chosen as the symbol of the Majella National Park: in all there are a dozen herds.

In the southern area of the Monti Pizi , instead , there are Marsican brown bears, even if more and more often other mountainous massifs are frequented by these specimens. We have already said about the Apennine chamois, but it is worth pointing out that there are at least 600 specimens. Big numbers also for the deer and for roe deer, especially in the north, as well as for wild cats. Among the birds, however, the peregrine falcons and the golden eagles are majestic birds of prey, visible above all in the areas of the limestone valleys.

The villages to see

Roccacaramanico is one of the villages that deserve to be seen in the scenery of the Majella National Park: a village characterized by narrow streets and stone buildings that has a truly curious history behind it. In fact, it was abandoned during the 1960s, and so it was uninhabited for a long time; luckily the park has decided to recover the buildings, helping to restore an enchanting place. Equally beautiful is the art city of Guardiagrele , with many workshops of artisans who are engaged in the processing of copper, gold and iron.

Would you be interested in it: Abruzzo National Park

The most beautiful excursions

If you want to organize a memorable excursion in the park, you can write down the name of the Avello Valley, with its caves and deep canyons, on the agenda. Do not miss the Orta Valley , a succession of canyons and streams, while the Grotta Oscura, the Grotta dei Piccioni and the Buco Maledetto cave are three caves that were places of worship thousands and thousands of years ago. Another destination to remember is the Hermitage of San Giovanni all’Orfento, entirely dug into the rock: to get there you need to crawl along a very narrow path.

In the south-eastern area of the park, i Monti Pizzi they are a real sight for the eyes. To begin an ascent you can start from Ateleta, Gamberale, Pizzoferrato or Pescocostanzo. Moreover, these are historical places, given that at the end of the Second World War in Pizzoferrato and its surroundings hard battles were fought between the Allies (with the partisans) and the Germans. Of note are the excursions to the Cervo wildlife area in Gamberale, the Cernaia stone and Val di Terra. In Pescocostanzo there is an information center that you can refer to.

The Hermitage of San Michele in Pescocostanzo

And always in Pescocostanzo the Hermitage of San Michele it is one of the most evocative places in the whole park. San Michele in the Abruzzo region is venerated where once they were devoted to Hercules, a divinity that has to do with the cult of water. The saint, winner over monsters and dragons, has always been precious for pastoral civilization. This cave, among other things, was used as a military base and refuge during the Second World War. Up to that time, however, the tradition was in force of collecting a small stone in the cave that the pilgrims kept for a year.

There are obviously numerous paths that cross the park, but some are even more important than others. For example, in the province of Pescara there is the path of the stone huts , which touches the territories of Serramonacesca, Caramanico, Roccamorice, Abbateggio and Lettomanoppello. Here there are numerous dry buildings of an agro-pastoral nature. The path of Freedom, on the other hand, connects Sulmona with Palena and retraces the road traveled by many Italians and allied prisoners after 8 September 1943.

Also from Sulmona the path of the Spirit , which reaches up to Serramonacesca and touches the hermitages of Celestino V and many other places of worship, including rock churches and abbeys. Finally, here is the path of the Park, which connects Popoli and the Palena Station, passing through the top of Porrara.

Skiing in the Majella National Park

Among the many activities to which one can dedicate oneself within the Majella National Park there are also winter sports: the massif hosts, on the different sides, five ski resorts. In particular, the Chieti side welcomes the Passolanciano Maielletta station , while in the L’Aquila area there are those of Campo di Giove, Passo San Leonardo, Gamberale and Pizzoferrato.

A special mention is undoubtedly a must for Sulmona, whose nickname of the Gothic city already conveys the idea of the artistic and architectural heritage that characterizes it. Its urban layout, in fact, has maintained the medieval aspect of the fourteenth century.

There Cathedral of San Panfilo and the Santissima Annunziata Complex are two of the main monuments, while in Piazza Garibaldi there is another Gothic element, the Swabian aqueduct. The Church of San Francesco della Scarpa and the Church of Santa Maria della Tomba also maintain their fourteenth-century appearance.

Would you be interested in it: Gran Sasso National Park