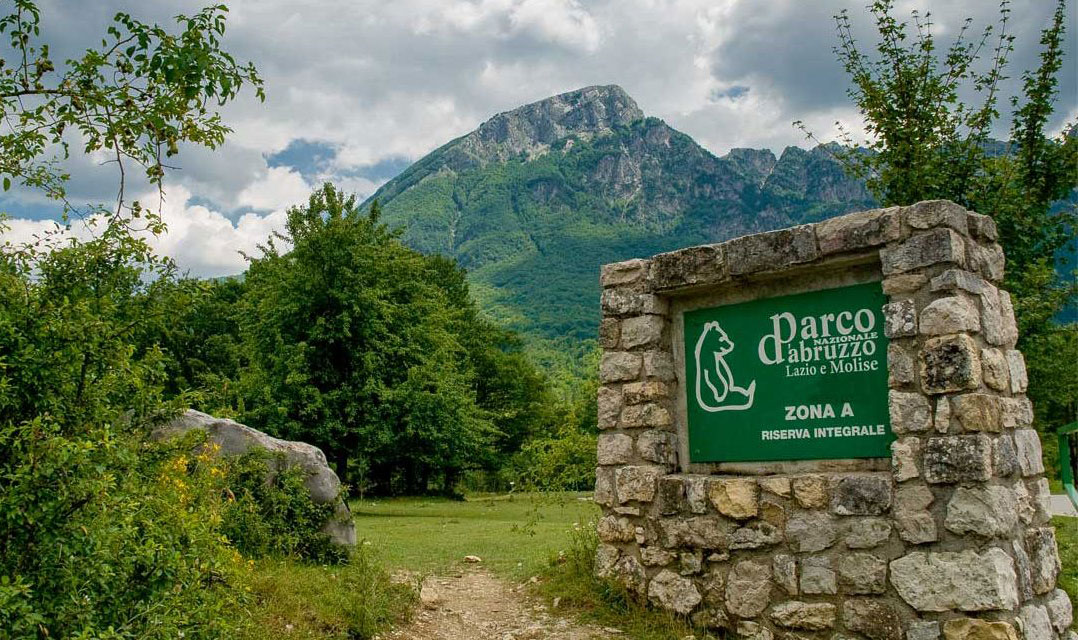 How to get there

For those who want to get to Abruzzo National Park by car , coming from Naples it is necessary to take the A1 and, after exiting at Caianello, continue to Venafro and Alfedena, in order to discover the Molise side of the park. If you come from Rome, however, always from the A1 exit at Ferentino and from here continue to Sora Forca d’Acero; alternatively you can take the A24 / 25 and exit at Pescina or Celano, then continuing to Gioia dei Marsi or Bisegna.

The natural reserve of Camosciara

Wanting to locate the beating heart of the Abruzzo National Park , this could only be represented by the Camosciara nature reserve, a mountain range whose appearance recalls that of the North-East Dolomites, thanks to its jagged ridges and its gray and white dolomite spiers.

Already from the name you can guess which is the fauna that dominates the landscape : and indeed there are many tourists who love to visit the so-called oasis of the chamois, which extends up to the Sangro river. To get here it is necessary to park the car outside the reserve and then continue on foot, so as to reach a beech forest that leads to the Ninfe and Tre Cannelle waterfalls. There is even a tourist train, but there is no shortage of alternatives, even for those who want a horse ride.

The wildlife of the Abruzzo National Park

The wild cat , the deer, the wolf, the golden eagle: these are just some of the numerous examples of wildlife that can be admired in the Abruzzo National Park. But the list would be really long and includes, among others, the chamois, the porcupine, the roe deer and the fox. And the lynx? At present it is not yet known whether it is present, but it certainly was in the past: the fact is that it is a particularly distrustful feline, and this is the reason why it is difficult to understand if it is extinct or there. is still.

But the animal symbol of this splendid nature reserve is undoubtedly the brown marsican bear or, a protected species found exclusively in central Italy.

It is an animal of significant size, tending to be lazy and peaceful, which feeds on grass, honey, fruit, insects and roots.

Overall, the park is home to 230 bird species and 67 mammal species. Especially large mammals are difficult to spot, as they are very elusive. The Apennine chamois is undoubtedly one of the most evocative, but also the most representative animals of the whole park. In all there are about 600 specimens, distributed among the prairies and the inaccessible cliffs. The Apennine wolf is another of the protagonists of this natural scenario, present with almost a dozen flocks. The Badger and the otter are found both in the meadows of altitude and in the cultivated fields, but the Italic hare and the European hare also deserve to be mentioned. And, again, here is the wild boar and rodents such as the baby octopus.

The lake of Barrea

One of the most fascinating places in the whole Abruzzo National Park is the lake of Barrea, whose waters bathe the village of the same name, but also the villages of Civitella Alfedena and Villetta Barrea. It is a reservoir of artificial origin that was created in the middle of the last century with the damming of the Sangro river. The shores of the lake, which is on average 500 meters wide and 5 kilometers long, are present both cycle and pedestrian paths, for a loop ride which, consequently, can be tackled both by bike and on foot.

Along the way there are refreshment areas and benches, but also equipped beaches for those who want to enjoy a ride on a pedal boat, bathe in the water or simply stop and sunbathe.

Among the locations not to be missed in the Abruzzo National Park there is also the Val Fondillo , surrounded by mountains from which various paths develop to be discovered for excursions or trekking. From the lower part of the valley it takes about twenty minutes of walking to get to the Grotta delle Fate, but if you are willing to hike a little more you have the opportunity to follow the entire Bear’s Path. There are paths for all needs, and many can also be crossed by families with children in tow.

Would you be interested in it: Gran Sasso National Park

The most important city of the Abruzzo National Park it is undoubtedly Pescasseroli, located in a panoramic position that is nothing short of unique, with a natural setting that is fantastic not only in summer but also in winter, thanks to its ski area.

Palazzo Sipari is a historic building also because it was the birthplace of none other than the philosopher Benedetto Croce: it is possible to discover it with a guided tour. Several riding schools offer specific programs for children who want to experience the joy of horseback riding, while the area of the Macchiarvana Plateau in the cold months is the ideal location for cross-country skiing. But among the other activities to practice there are excursions with snowshoes and winter Nordic walking, without forgetting it snowtubing .

The Parco Giardino hosts animals such as Apennine wolves or Marsican bears: it is not a zoo, however, since the various faunal specimens present were welcomed here to be cared for or because they were already born in captivity.

The village of Civitella Alfedena is a real delight for the eyes, also thanks to the wildlife area of the Lince which is located next to the upper part of the town. On the hill in front of Civitella Alfedena there is, however, the wildlife area of the Wolf, together with the museum and the park’s visitor center. A walk in the historic center of the village allows you not only to immerse yourself in the evocative atmosphere of a country of other times, but also to shop among handicrafts and local food delights. From here, then, you can go to the discovery of Mount Sterpidalto and the Balzo della Chiesa.

The municipalities of the minor valleys

Every single village of the Abruzzo National Park deserves an in-depth visit: in the basin of the Fossato di Rosa, for example, there is the village of Villavallelonga, while the Giovenco Valley hosts Ortona dei Marsi and the Tasso Valley is embellished with beauties of Scanno.

They are all villages that have in common a settlement centered on hills, in wonderful panoramic points. Being located in such particular positions, their historical centers have been able to preserve the medieval features, with houses developed in height overlooking winding and narrow alleys. Speaking of historical evidence, the towns of Lecce in the Marsi and Gioia dei Marsi should also be seen, which owe their name to the ancient civilization of the Marsi, of which several signs have remained in the surroundings of the inhabited centers. These places, however, were destroyed in 1915 by an earthquake.

It would be a real shame to leave the Abruzzo National Park without first tasting the local delicacies. Among the typical products there are sausages and cured meats, as well as cicerchia and Scanno bean. The truffle of Campoli Appennino and the pecorino cheese from Picinisco are slow food principals, but in this review of delicacies you certainly cannot forget the desserts: here, then, the pan dell’orso and the mostaccioli of Scanno (a place also known for lace), in addition to the nougats of real pasta from Alvito . Pescasseroli, on the other hand, is famous for its Ratafià and Centerba liqueurs, but also for its red fragolino wine.

Part of the Abruzzo National Park it has even been recognized as a World Heritage Site protected by Unesco. These are five nuclei of ancient beech woods that have more than 5 centuries of life and are located in Val Cervara in Villavallelonga, on Coppo del Morto and on Coppo del Principe in Pescasseroli, in Val Fondillo in Opi and in Lecce in the Marsi.

In short, in addition to nature, the territory of the Abruzzo National Park offers much more to see, even for lovers of religious tourism: just think of the Convent of San Nicola di Alvito, which was built in the early sixteenth century, or the Sanctuary of Canneto di Settefrati, once a destination for shepherds dedicated to transhumance on pilgrimage.

In Rocchetta al Volturno, on the other hand, there is the Abbey of San Vincenzo al Volturno, built even in the eighth century and survived in spite of the incursions of the Lombards. Finally, the Church of Saints Peter and Paul in Alfedena and the Church of San Tommaso in Barrea, frescoed by Paolo Gamba, deserve to be seen.

Would you be interested in it: Majella National Park