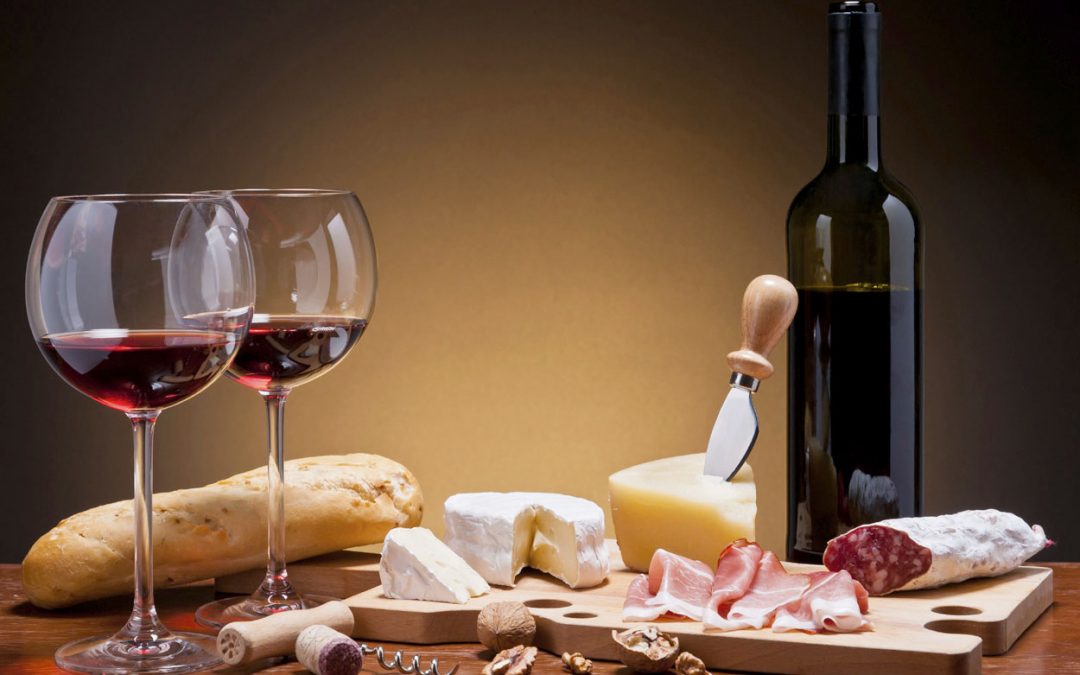 Full-bodied red , whose high quality is recognized throughout the national territory, the Montepulciano d’Abruzzo DOC it is the second best-selling wine in Italy and represents 80% of the region’s controlled designation of origin wines. Product from grapes of the vine of the same name , its complex structure stands out for an evident organoleptic and olfactory intensity . Let’s find out what they are the 10 things to know on Montepulciano d’Abruzzo.

The Montepulciano grape, black berried , He can have medium leaf, pentagonal leaf, five-lobed leaf . Its cluster, with 2 wings, shows up compact . The berries have subovoid form and, once the maturation has begun, they present a rather thick skin with a blue-black color.

The ideal climate for the cultivation of its grapes is that hot-dry of the hilly or plateau areas. The latter, however, must not exceed a height of 600 meters above sea level.

It is a vine autochthonous and its origins refer to the territory of Peligna Valley , as is already confirmed in 1792 by the historian Michele Torcia in his written document.

Of the Montepulciano grape it is also spoken of in other nineteenth-century texts, including that of Panfilo Seraphim who, in a monograph on Sulmona written in 1854, named Montepulciano as one of most common vines in the area .

As for his subsequent spread on the coast , an equally favorable environment for its cultivation, it is thought that this has begun starting from the end of the nineteenth century .

However, its origin also exists another version , considered, however, not truthfulness, which, instead, he wants it to have been imported in the 19th century from Tuscany by a traveler traveling between the two regions.

Of the Montepulciano wine he is thought to have even spoken already Ovid in the Metamorphoses , when in one step he stressed the goodness of the vines located in the Peligna Valley , the locality that, historically, is indicated as originating in the vine, defining it, in fact, rich in grain and fertile for grapes.

Another well-known curiosity is related to Hannibal : a legend says, in fact, that he healed horses affected by scabies simply washing them with Montepulciano wine.

In 1968 the Montepulciano d’Abruzzo got the DOC – in which they fall 5 subzones – with reference to production of the coastal hilly area and to that of the internal hilly area of Pescara .

The quality and production of the DOC, as well as the compliance with the naming rules , are guaranteed by the control and enhancement work done by Consortium for the Protection of Abruzzo Wines.

The wine that has been subjected to a aging period of at least 24 months , of which at least 9 months in wooden containers, takes the name of Reserve . It has an alcohol content of 12.50 ° , on the palate it is full-bodied and has a color intense red .

Between sub-denominations , the most important is the DOCG of Montepulciano d’Abruzzo Hills Teramane . It is an exclusively produced wine in the territories of the province of Teramo , is aged for a minimum of 12 months , of which at least 2 with bottle aging and becomes Reserve , if aged at least for 36 months.

Poured into the glass, the Montepulciano d’Abruzzo releases its typical color: a shade of very intense red , not transparent. In case the wine was refined , is easily recognizable from the garnet shades that assumes.

Its red color remains persistent on the glass of the glass when this is rotated and, in fact, with the movement originate arched shapes that remain clearly visible.

Could it be interesting for you: 10 things you need to know about Trebbiano d’Abruzzo

From the point of view olfactory , he tells himself with an obvious construction which makes it a wine complex . It is mainly characterized with fruity notes , in particular plum, black cherry, black and red berried fruits .

If Montepulciano is young , we can also distinguish floral notes which report to the Viola and al cyclamen . When, on the other hand, the wine comes aged in wooden barrels , takes on yet another type of olfactory nuance put in evidence spicy and leather notes.

On examination gustatory immediately presents itself as a dry wine , tannic , particularly structured and these characteristics are accentuated when it is aged.

On the palate it results very persistent , particularly in his fruity and spicy nuances , as well as harmonic. For its alcohol content, which is minimum of 11.50 ° , is considered a hot wine .

Like all Red wines characterized by structure and a special persistence , also the Montepulciano d’Abruzzo it should be served at a temperature that can go from 18 to 20 degrees.

The glass in which it is served is a red wine glass , round in shape and large in size. Wine, in this way, can be easily rotated , oxygenated and is well expressed from the olfactory point of view, releasing its perfumes .

To savor it in all its nuances, the bottle it must be open at least an hour before to start the tasting. In case the Montepulciano has been aged for a long time , therefore it is well aged, the bottle must also be opened two or three hours earlier to pour it into glasses.

For his structure , for the persistence , due to its absolutely concrete organoleptic characteristics, the Montepulciano d’Abruzzo it goes perfectly with many dishes of special intensity .

Next to him he wants, therefore, first dishes elaborate and rich: from lasagna to stuffed pasta, to pasta alla chitarra with meat sauce sauce and with little balls . It is perfect to combine with the precious aromaticity of black truffle .

It goes perfectly with the red meats , cooked on the grill or in the oven, with the pork meat , with the pork , with the game , with tasty side dishes like i artichokes , with all the typical regional recipes that put flavor first. It is, therefore, excellent together with a plate of sheep alla callara .

It goes very well with a cutting board of traditional cured meats and full-flavored and long-lasting cheeses seasoning and for those who want to experiment, with the certainty of a more than positive final result, it is advisable to savor it together with salmon or swordfish , types of fish that offer a full taste to the palate.

Could it be interesting for you: 10 things you need to know about Cerasuolo d’Abruzzo